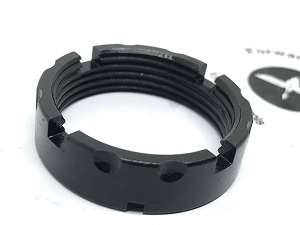 ASF (Ambidextrous Selector, Forward Controls) has four selector centers: 90 degree semi, 50 degree semi, conventional M16 (0-90-180), and short throw M16 (0-50-180) where SAFE to SEMI is a 50 degrees rotation, instead of 90 degrees, AUTO/BURST is still 180 degrees from SAFE.
It has two groups of levers: offset levers (q levers), and standard (non-offset) levers.  Within each group, there's a long and short lever.  Whereas standard (non-offset) levers can be installed on either side of the receiver, offset levers (q levers) are side specific.  Offset levers are designed so when the selector is on FIRE/SEMI, the user's thumb can easily access the off center lever without shifting his grip.
Standard, non-offset levers shown below. 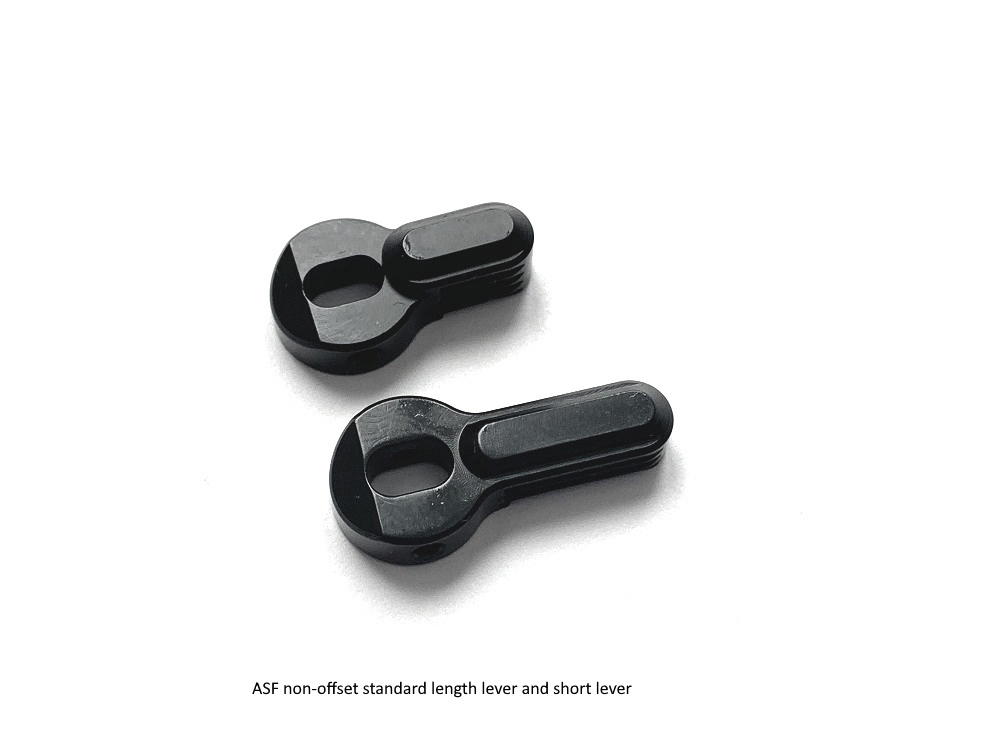 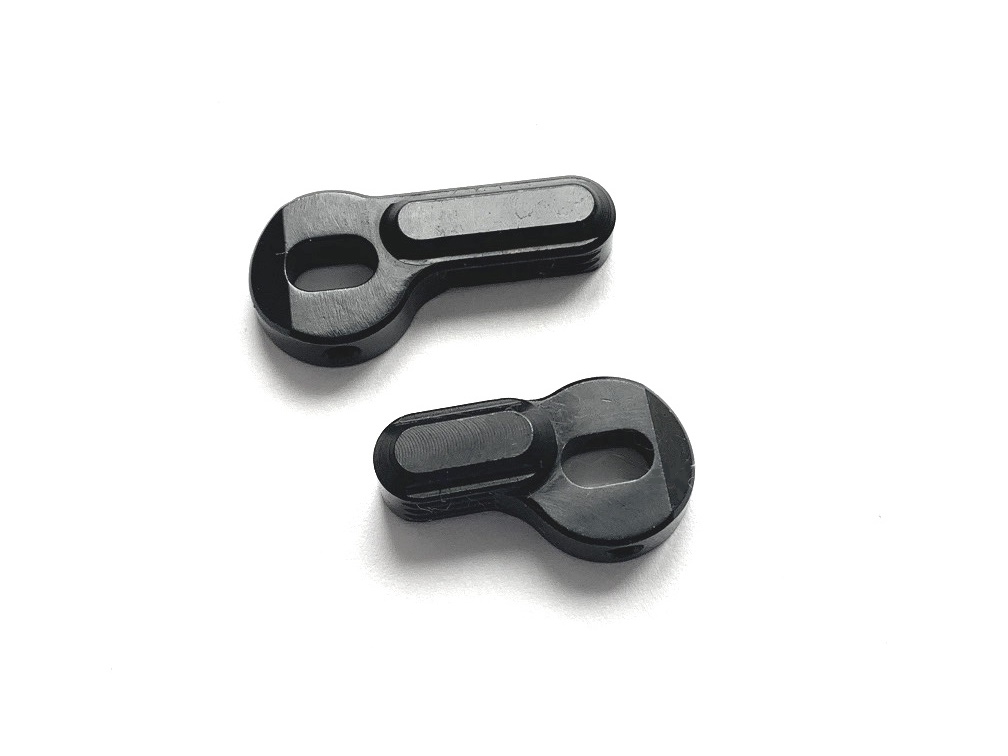 Regardless of centers and levers variants, all ASF levers install the same way.
At the tip of the ASF center, there's a dimple that serves as the position indicator, this is the equivalent of a triangular pointer that points to the SAFE/SEMI/BURST engravings on the receiver.  All the ASF levers' disc portion has a beveled/angled flat (designed to reduce drag when low crawling).  The angled flat should always be immediately adjacent to the dimple on the center's tip.  The dimple is the "front", a pointer that points to the muzzle when the safety position is on SAFE, and at 12 o'clock when the safety position is on SEMI/FIRE. 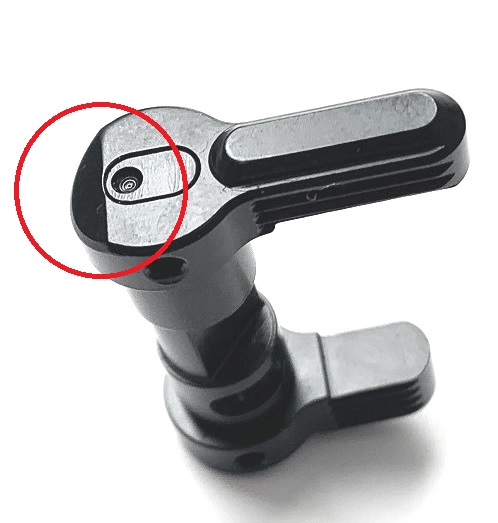 Standard, non-offset levers can be installed on either side of the lower.  Offset levers (q levers) should always be biased towards the top. 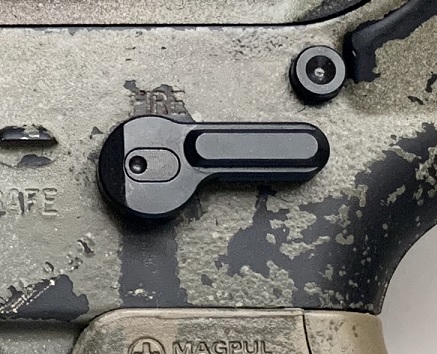 One of the levers can be fully assembled before installing the ASF on the receiver.  Use a non marring pad, place the lever on the center's tip, make sure all the holes align.  Drive the pin into the ASF lever till flush.  With the ASF installed on the lower receiver, the other lever can be installed as described as well.  Alternatively, install the remaining lever on the ASF's exposed center, rest the ASF on non marring surface so it's supported underneath.  Align the pins holes, and drive the remaining pin into the lever till flush.
Drive the supplied roll pin from either the top or bottom of the ASF roll pin hole.  The detent holes and groove is on the right side of the receiver, where the selector detent and spring reside.  2 additional 420 stainless steel roll pins are also provided as spares.
Quick View